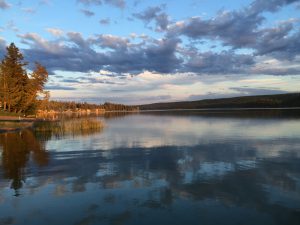 Different settings and buttons, what do they do?

So with the variety of different digital camera models and brands on the market the basics are the same just where the buttons are, and the menus are, differs. We are going to take a look at a Nikon d5300 just to give you a better idea of what does what.

So let’s start on the top of the camera there you will see the buttons generally used most often and ones that you wish to have at easier access. 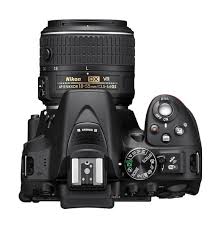 Power switch, as stated this is the button of switch that turns the camera both on and off. With Nikon in particular this is a ring button surrounding the shutter release button.  This makes it easier to turn on the camera faster and having your finger right there to take a shot.

The shutter release button which when pressed halfway focuses and depressed completely takes the image. Generally I have only seen this button in the top right hand side of any camera.

Exposure Compensation button is used to add extra light or take it away without changing your aperture setting.  Generally you would hold down the button and roll your adjustment wheel to add or take away steps of light.

Then in addition to these standard settings the mode dial also generally includes some automatic settings which are great for when you want to capture a certain image style without worrying about settings. For example sport (action or movement) landscapes, portrait and macro or close-up photography. Some cameras can also have a flash-override on the dial as well.

Live view switch “Lv” in some cameras it is on the top and others you may find this button on the back. Pressing the Live view button will block the optical viewfinder meaning you will no longer look through the lens at the back and will allow you to see your image on the LCD screen at the back of the camera.

Command dial lets you adjust shutter speed and when you are in aperture or shutter priority settings the command dial will change the values. Also when holding down the exposure compensation button then moving the command button in either direction will change the amount of compensation achieved. The command dial can also change menus when the menu button is pressed in addition to changing various other setting including scrolling through different menus.

Video start button generally has a small red dot on the button signifying it is the record start button. This button is only used to start and stop video recording done with the camera. On some cameras that do not have the red dot button, they will instead have a button sometimes on the on off switch button that has an image of a video camera on them, this will put the camera in video mode then you would press the shutter button once for on and again once for off. 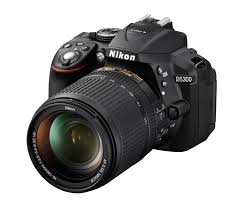 Flash Button can be controlled by you in the advanced modes (eg. P,S,A, or M) this button when pressed will pop up the flash and the camera will charge it and be ready to fire fairly quickly of course depending on how well your camera batteries are charged.

The flash button symbol (universal on all cameras)  looks like a lightning zigzag and is generally located on the side of the camera near the top where the flash will pop up. It can also have an exposure compensation symbol meaning that you can change the amount or power of light that it will emit when fired letting your have control of how bright you want the flash to make your image.  This can be changed by pressing the flash button.

Function button are a useful and helpful because you can program them to most what every function you use the most that may be hidden in a menu setting.  I like to set mine for HDR or multiple exposure modes that makes it faster for me to find them when I wish to use these settings, and can find them quickly.

Just a tidbit about mounting lenses, do not force them if you are unable to turn the lens more that a small amount check that you are lined up with the dots and that you also have the lens perfectly level to the camera. There is generally a notch the lens will slip into if you are lined up square then you know that you can turn to lock the lens on. 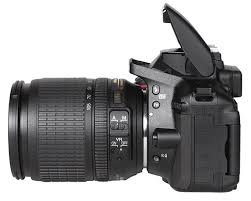 The zoom ring. Depending on the lens but most have a zoom ring, which is generally the wider of the two rings on the lens and as stated this is where you can adjust your zoom in or out by turning the ring.  Different brands of lenses zoom in and out either right or left.

Focus rings on entry level cameras are generally a smaller width. Rotating this ring will adjust focus but be careful only turn this ring if you are set for manual focus.

On some of the professional lenses this focus ring can both focus automatically and can be over rode manually as well when set to do so.

Drive mode button gives you the control over how many shots the camera will take at one press of the button, either a single image or continuous shooting and you can also set the self timer or countdown timer. This button can be located in various locations depending on the camera used, but the symbols again are universal so you will just need to locate them on your particular camera. In some cases you may need to change the settings within a menu.

Let’s move to the back of the camera now 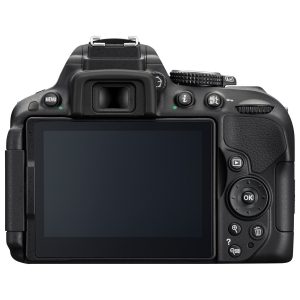 Generally there can be a raft of buttons on the back but with a few explanations of their use it should help you to understand their uses.

Menu button will bring up the camera’s menu and many of its adjustable features. Some of which include image quality and size, date, time and many other adjustable settings in your camera.

Just a tidbit, some things will not be accessible to change when you have the mode dial set to the green square (auto) setting.

Diopter adjustment dial lets you focus the viewfinder. If you wear glasses you can adjust the diopter for your viewing eye so that you do not need to wear you glasses while shooting.  In addition if you are looking through your lens and focus using the auto focus feature and your image looks blurry chances are that the diopter dial may have been moved inadvertently, so check this before panic sets in that your camera’s focus is off or there is an issue with your lens.

The info button when pressed will travel through the different information settings on the LCD screen so that you can make adjustments using your command dial or multi selector, depending on the camera model.

The auto-focus/auto exposure lock button when held down will lock both of those settings so that you can re-frame you image and the focus point and exposure will stay the same in the sequence of images. This is generally used more once you become a more advanced photographer.

Image playback button as described is how you can review on the LCD screen the images and videos that you have just taken. Pretty self explanatory.

i button is a Nikon thing. On other cameras it can be seen as a “Q” designation. But essentially pressing this button brings up a set of functions on the back LCD screen that do not have a dedicated quick access button somewhere on the camera. Such settings as ISO, white balance and some of the drive mode settings.

The OK button is used generally for selecting a menu item but on some cameras it can center the spot focus auto-focus point within the viewfinder.

The multi selector , usually a four sided button can have a different name on other cameras but this button in general it can move you through your menus.

It can also let you move the spot focus point within your screen so that you can change what area in you image you wish to have in the sharpest focus and not necessarily being in the center of your image.

Magnify button will magnify your image in the playback mode so that you can take a closer look at your image for things like point of sharpness and eyes open etc.  By clicking numerous times it will take you in closer. Also you can use the multi selector button to move around the image.

De-magnify button as stated will reverse the stages of magnification during the playback mode of viewing the images that you have taken.  Again you can click this numerous times and it will de-magnify your image in steps.

Delete button marked on most cameras with a small longish triangle, will delete your images in camera. But generally you will need to either press it twice or press the OK button to complete the delete.

A tidbit here.  I do not recommend that you do any deleting of images in camera as you will see more once the images are viewed on a larger screen with your computer.  I say this because a friend of mine and I were out shooting one day and she was all excited to get a shot of a deer and was previewing as we were talking and she said oh that one is not good .. delete.. We continued to talk and she was looking through deleting various images that she was not happy with and unfortunately the image that she really liked and was the best in focus she inadvertently deleted and in turn was very disappointed. Because once gone off your card they are gone.  So think twice before you delete images in camera.

So there you go, a bit of an overview of the buttons and their functions of your basic modern DSLR camera. Hopefully this will help to make things a bit clearer when you go out to shoot.

These camera’s can look very complex but with a bit of practice and understanding of what does what, you will become more comfortable with these buttons and functions. For the most part you will more than likely not use many of these buttons but its good to know what the do. As long as you know where the basic dials such as your mode dial, command dial, playback and the shutter release button is, you will be well on your way to taking some amazing images.

10 thoughts on “Camera Buttons and Dials”